Before our flight back to Ankara on Sunday, we visited Akdamar Island in Lake Van. Our travel book said the best deal was to ferry with a group of 15 people. We didn’t have enough time to wait for more people, and we found a “private” ferry that cost 130TL for 8 people round trip (that’s about $7.25 USD a person).

It was foggy out, but we could still see the island ahead of us and the mountains behind us. 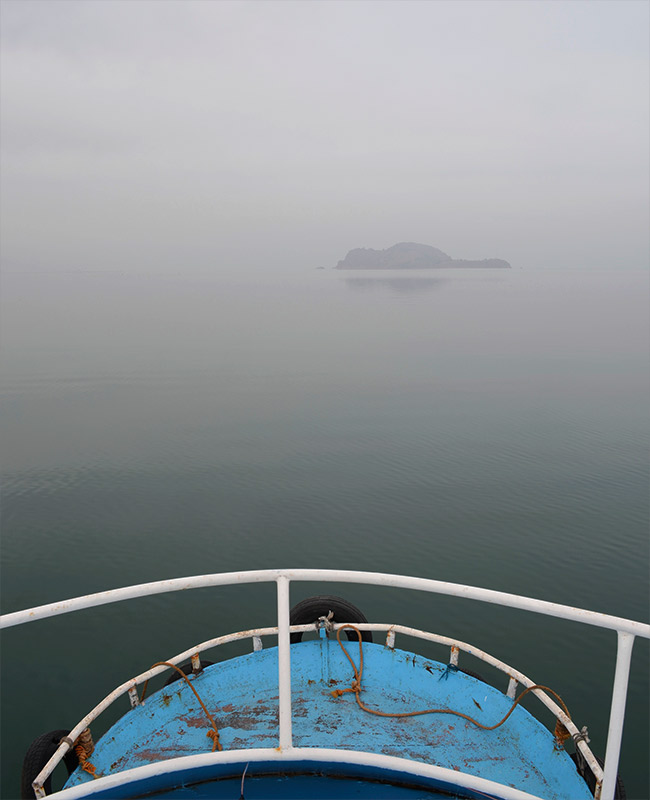 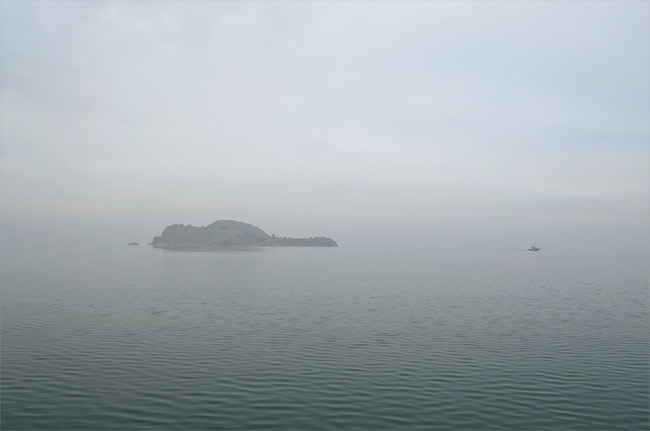 The Church of the Holy Cross sits on the island. I don’t know all of the history, but it was an Armenian church. 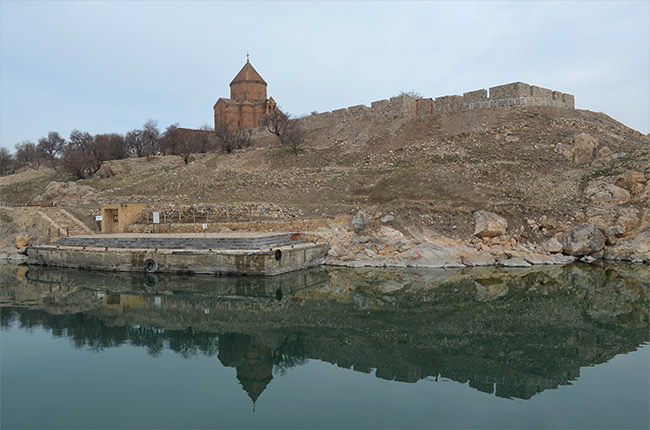 There’s a legend behind this island. The story says an Armenian girl named Tamar fell in love with a boy on the mainland. He would swim to the island to meet with her every time she lit a lantern. Her father found out about it and lit a lantern during a storm. The boy never made it to the island. Before he died, the last words he said were “Akh, Tamar” (Oh, Tamar). Hence, Akdamar Island. 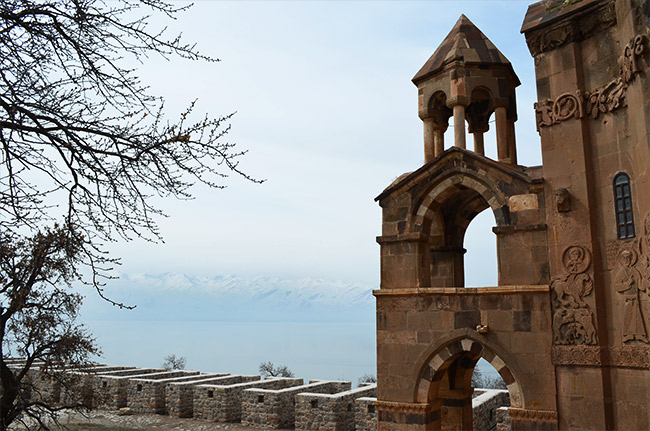 Entrance to the church and island cost 3TL or was free with the Müze card. There were many preserved frescos inside the church: 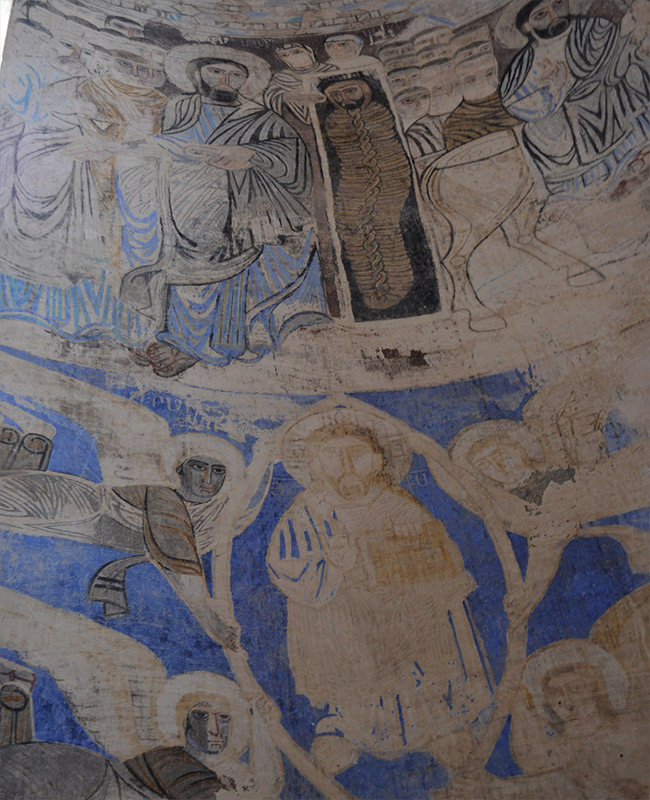 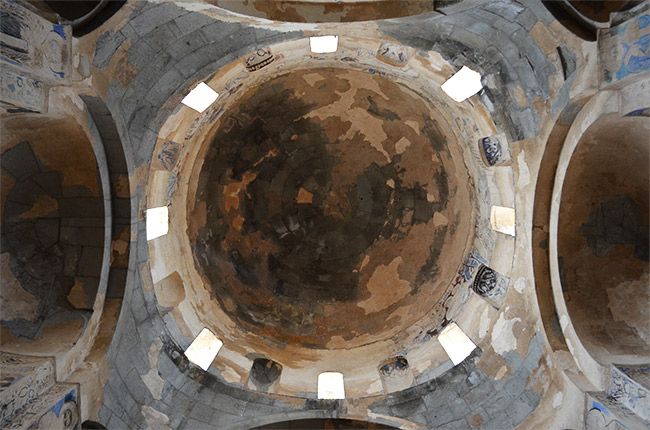 The exterior of the church was as elaborate as the inside. There were several depictions of Bible stories: Adam and Eve, David and Goliath… This lamb on the outside made me laugh. He looks like such a cartoon: 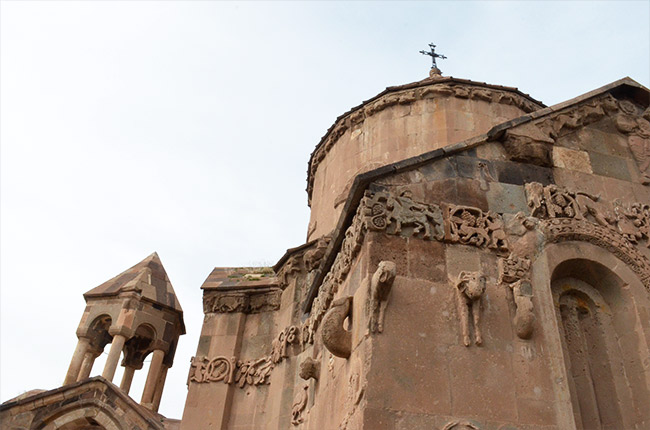 There weren’t many people on the island with us. It was very peaceful. There were a few buds on the trees and I can only imagine how beautiful it is when it’s in full bloom. 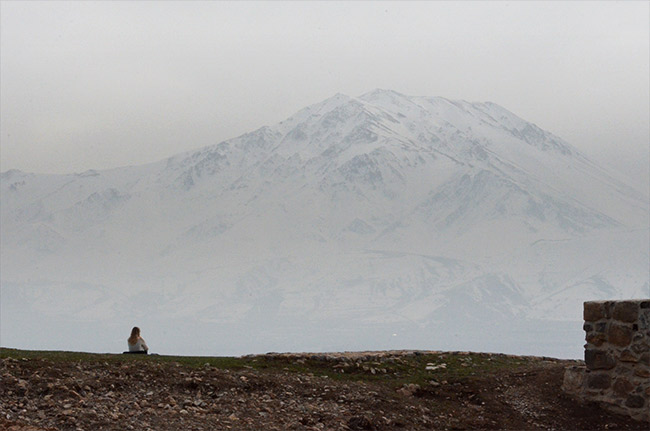 Our friends found a hole in the fence, and we hiked up the rocky hillside for a great view. (If you visit, the hole is quite large – just walk up to the fence. You’ll see it!)

The ferryman let us stay for an hour, then we headed back to shore.

Back in Van, we stopped by the Kedi Evi (Cat House). Basically, it was a small building with windows and fences around the cats. Van is famous for their two-color eyed cats. Most of the cats weren’t in too great of shape. We guessed there was a lot of inbreeding. 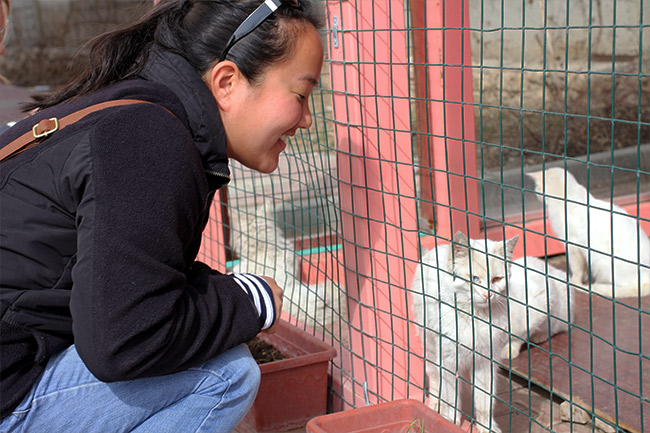 This little guy was a cutie, though! 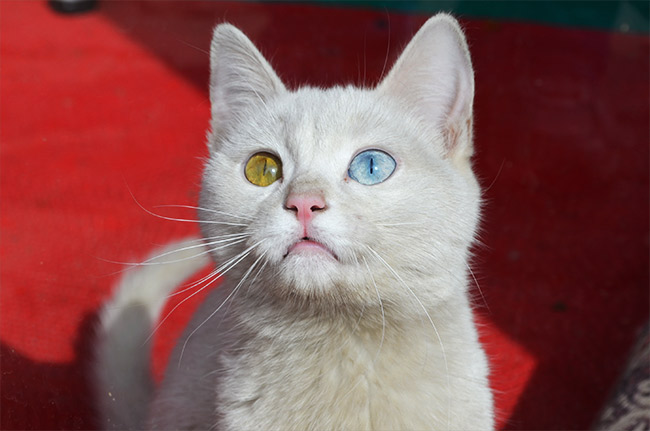 We grabbed some coffee from Kahve Diyarı  and then found a cheese market. Van is known for its otlu peyniri. We had some at our hotel’s breakfast. It was good, but it is a STINKY cheese mixed with herbs. It tastes stronger than blue cheese and it’s oh, so salty! We didn’t buy any, but one of our friends did. We did, however, pick up some Iranian tea and Iranian rice to take home. 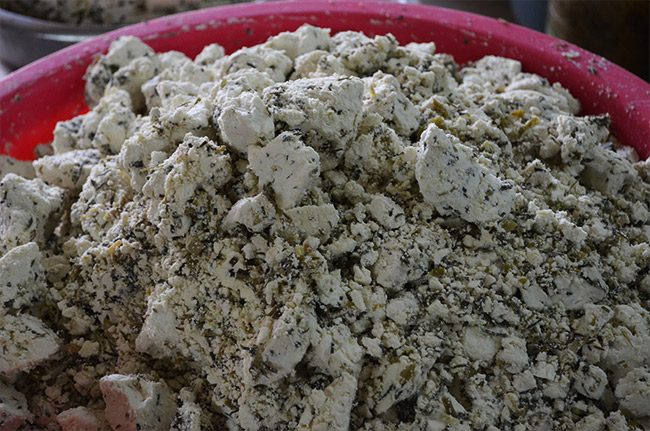 From there, we went to the airport and flew back home. Visiting eastern Turkey was quite an experience! 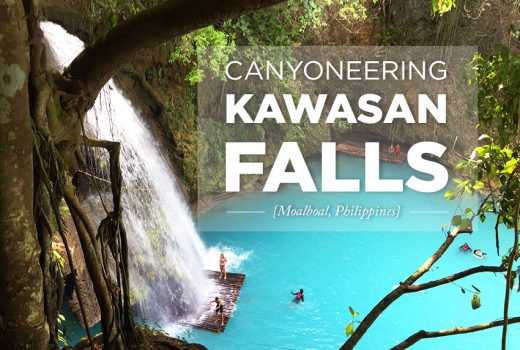 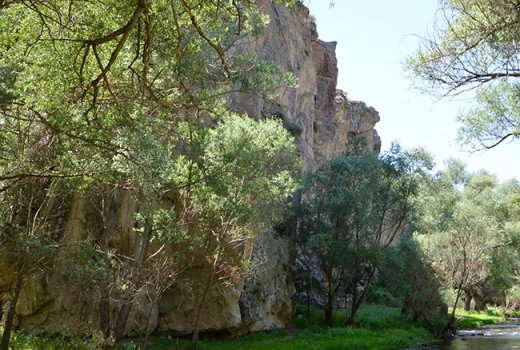 An Afternoon in Ulus 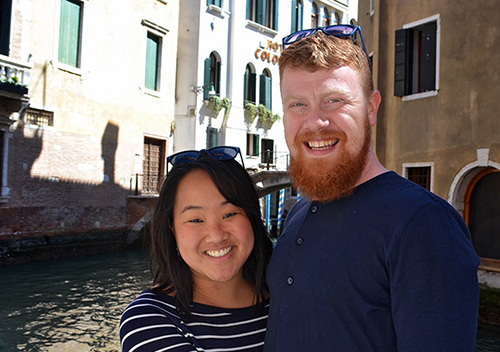